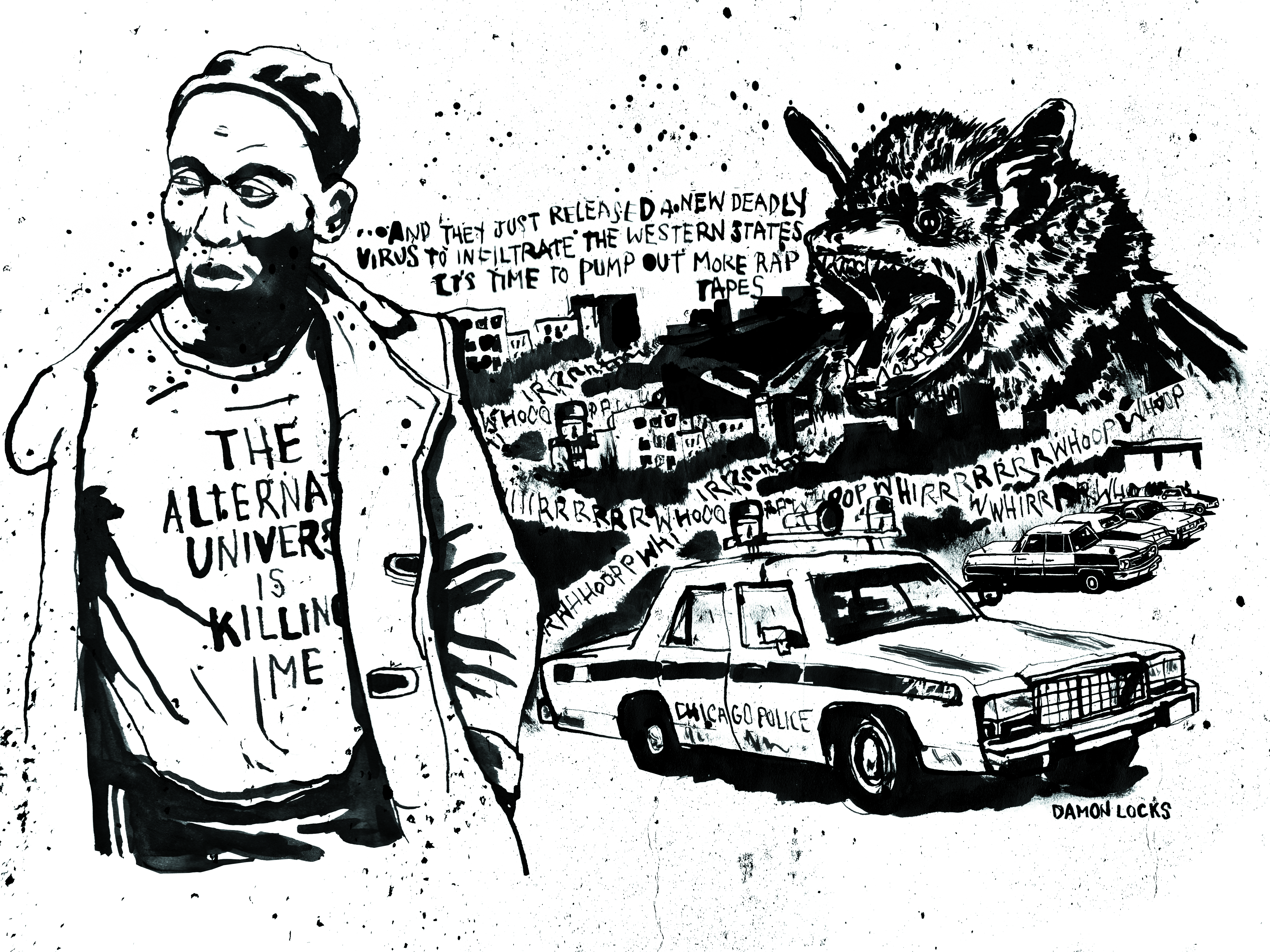 "I was responding to the RE prompt so Reality is what I was thinking when I did it. But Living In The Alternate Universe is what it is about"
- Damon Locks, May 2020

Damon Locks is a Chicago-based visual artist, educator, vocalist/musician. He attended the Art Institute of Chicago where he received his BFA in fine arts. Since 2014 he has been working with Prisons and Neighborhood Arts Project at Stateville Correctional Center teaching art. He is a recipient of the Helen Coburn Meier and Tim Meier Achievement Award in the Arts and the 2016 MAKER Grant. He operated as an Artist Mentor in the Chicago Artist Coalition program FIELD/WORK. In 2017 he became a Soros Justice Media Fellow. In 2019, he became a 3Arts Awardee. Currently he works as an artist in residence as a part of the Museum of Contemporary Arts' SPACE Program, introducing civically engaged art into the curriculum at the high school, Sarah E. Goode STEM Academy.